Forum to discuss everything about the TS3MusicBot and more.
https://forum.ts3musicbot.net/

Its an additional tool for TS3MusicBot which streams all the sound from your pc to a running TS3MusicBot in your teamspeak or discord server.
With TS3MusicBot SoundStream you are able to stream any kind of player and media which runs on your windows computer. 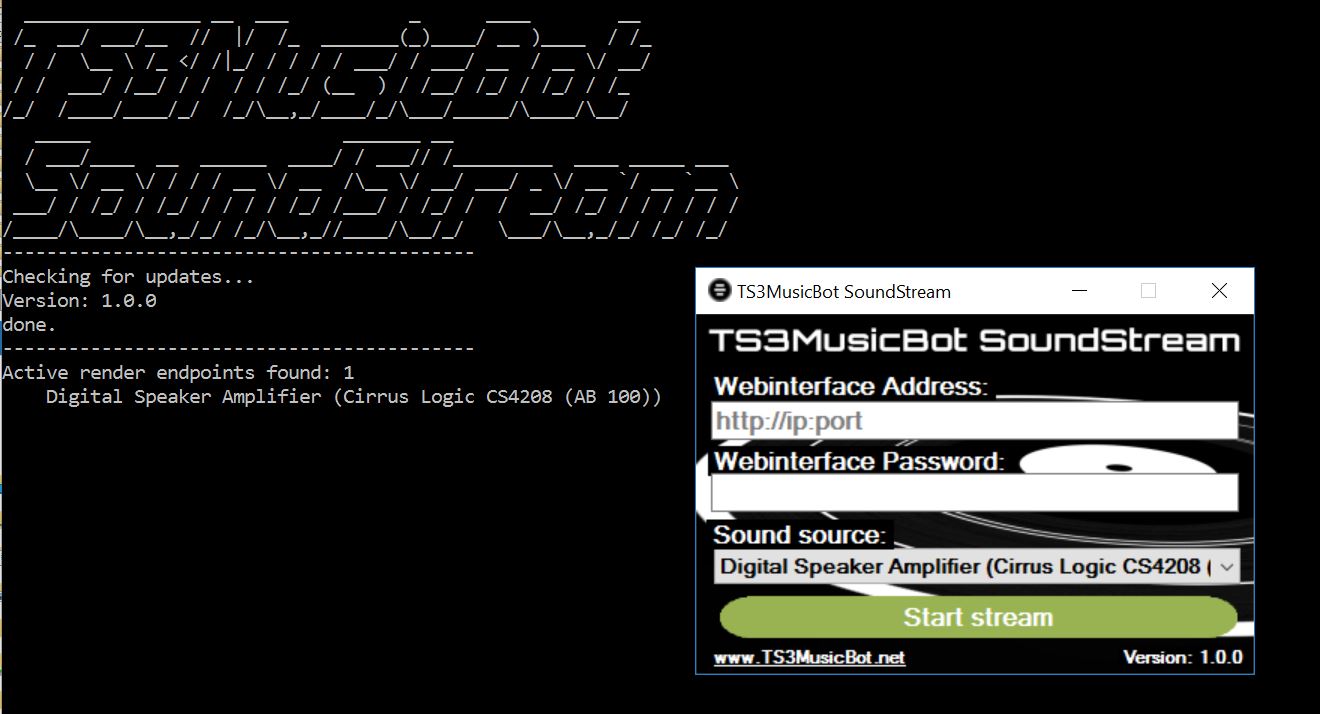 Known bugs:
- Stream to ip:port works, domains currently do not work. Will get fixed in the next SoundStream EXE update. -fixed in v1.0.1
- Just plays 1 second with the native windows version (we need to update the native windows version for it).-- fixed
- You need to set your windows sound device you would like to stream to: 16bit and 48000Hz (we work on a better solution which works with all settings), otherwise the sound does glitch, slows down or plays faster (bad quality). 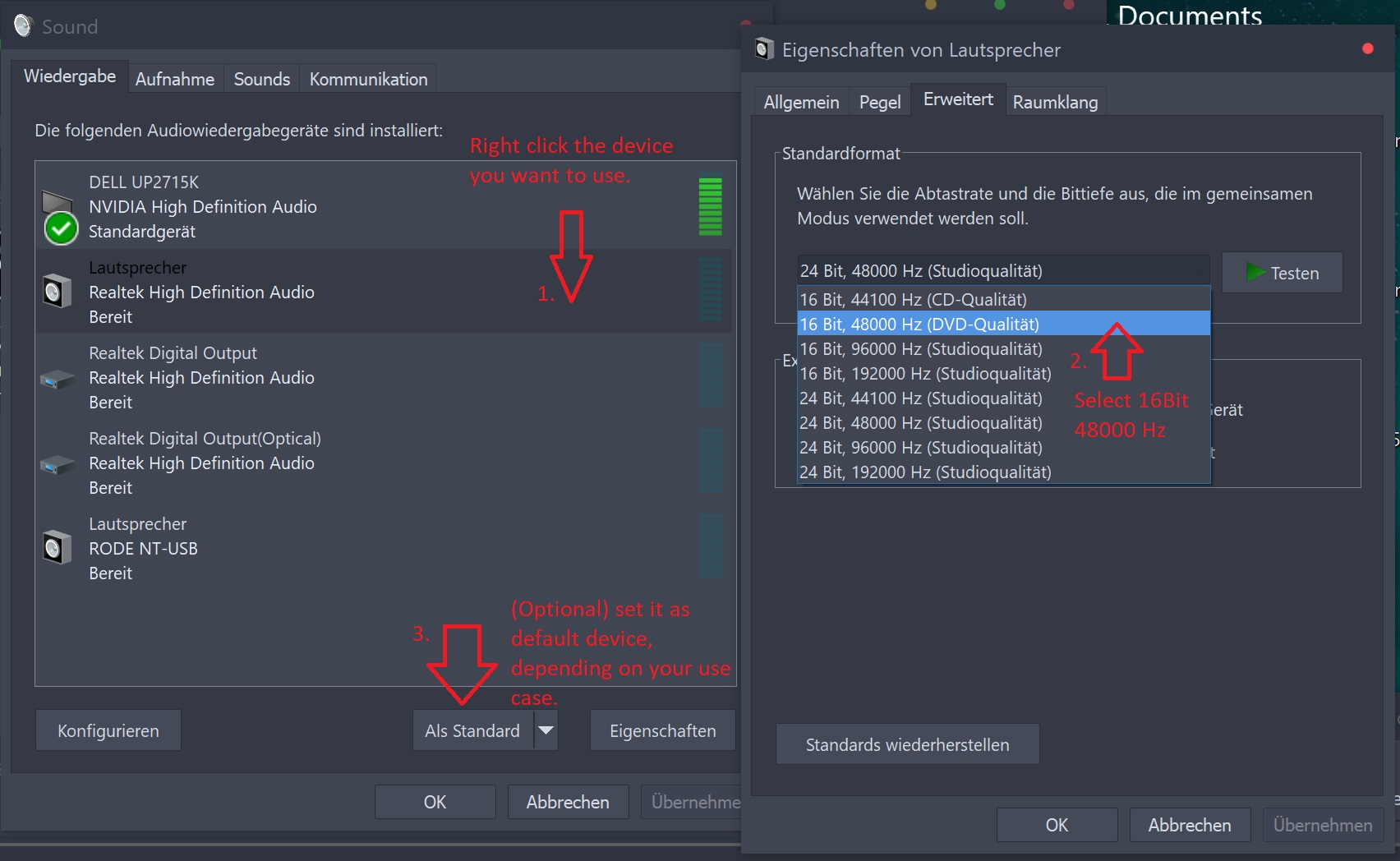 Feel free to test it out, its currently available on the BETA version of TS3MusicBot (to activate BETA MODE start your TS3MusicBot with the -beta argument).
Its a free additional tool for everyone to use in combination with a TS3MusicBot.

Tell us your thoughts, ideas, feature requests or bugs here in this topic (german or english).
All times are UTC
Page 1 of 1
Powered by phpBB® Forum Software © phpBB Limited